Outside of some strange mechanical choices, Yu-Gi-Oh! Rush Duel: Dawn of the Battle Royale!! is a pleasant return to story-based Yu-Gi-Oh! RPGs. The new Rush Duel system is incredibly fun and innovative, and the amount of customization is the best I’ve seen in a card game. If you can look past a few missteps, Rush Duel is a blast and a half. 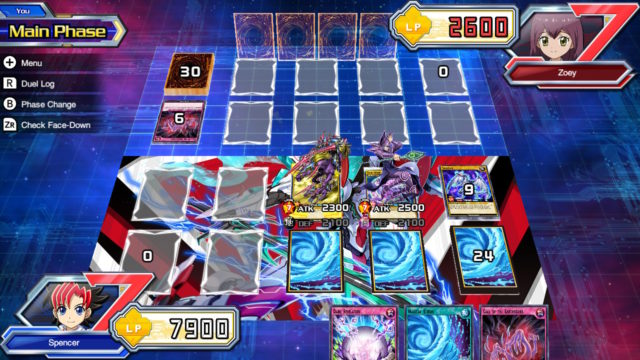 I love Yu-Gi-Oh!. Plain and simple. When it came out over here back in 2002, I saved up for all the decks, watched the show, and went on to read the manga. I’ve kept abreast of all the new summoning mechanics over the years, but as exciting as they are, I find myself drawn more to the simplicity of a game like Duel Links. So when Yu-Gi-Oh! Rush Duel: Dawn of the Battle Royale!! was announced, my interest was piqued. A streamlined, faster take on dueling like the old days? How novel! And for the most part, Rush Duel serves as an excellent first foray into this new dueling system.

In Rush Duel, you play as a new student at Goha 7th Elementary. You meet all the characters from the, as of writing, yet-to-be-localized Yu-Gi-Oh! Sevens series, and befriend them over a shared love of dueling. It’s announced that a Battle Royale dueling tournament will be taking place throughout the city, so you decide to partake to be the best duelist around. It’s a pretty basic self-insert story, but that’s all it really needs to be. 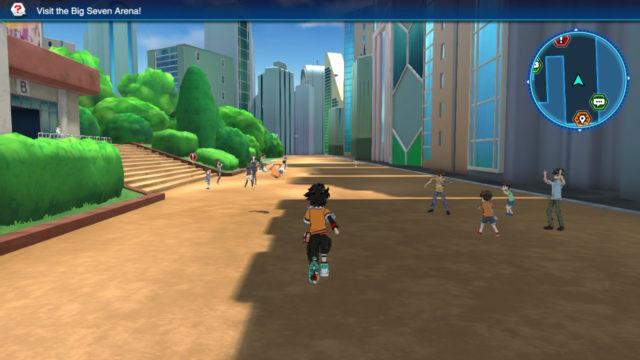 The characters range from charming to a bit too comedically dumb for me, but seeing as these are kids show characters, I don’t really mind all that much. You meet some truly bizarre characters throughout the story that keep it interesting, and those who have watched the original anime series will recognize plenty of them. It’s still very accessible for the vast majority who haven’t seen it though, and is a nice introduction to the world of Sevens before the anime comes over here.

“Rush Dueling is refreshing, and the amount of customization you have for the appearance of your cards and playmat.“

Rush Duel is, fittingly, all about Rush Dueling. You draw until you have five cards every turn, and can play as many monsters as possible before you end your turn. There are only three monster zones and spell/trap zones on the board (outside of the field spell zone,) so it’s easier to fill up your field. The combination of plentiful summoning/drawing and a smaller field makes duels into fast-paced, strategic affairs that require quick thinking and specially tailored decks for this different format. 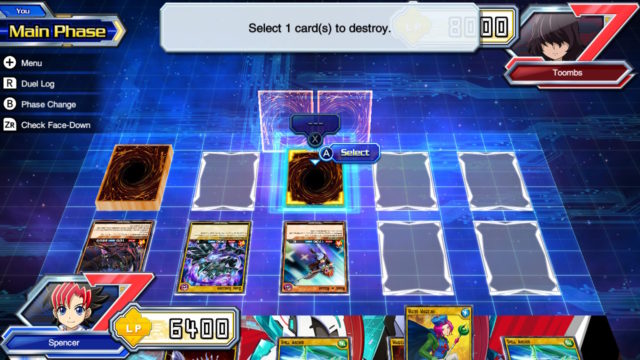 Speaking of decks, my biggest problem with Rush Duel is that, unless you input a cheat code early in the game, you can’t build and use your own deck until the end of the game. You instead use recipes you unlock by dueling NPCs, even though you’re constantly unlocking new cards, coins to buy packs with, and deck boxes, play mats, and card sleeves to apply to your decks. Half the fun of this sort of game is using your own customized deck, so the fact that this isn’t a default option is curious. It’s also strange that, in a dueling system based on speed, duels are extended by 8000 Life Point counts. I think 4000 LP, a la Duel Links, would be much better here, as duels drag on a bit as-is.

Other than that, I have nothing but positive things to say about the gameplay of Rush Duel. Rush Dueling is refreshing, and the amount of customization you have for the appearance of your cards and playmat. There’s a constantly refreshing store for cards and cosmetics, and packs that unlock throughout the story. This provides you with plenty of freedom to make your deck as you see fit, provided you input the cheat code or beat the game, making duels more personal and victories more fulfilling 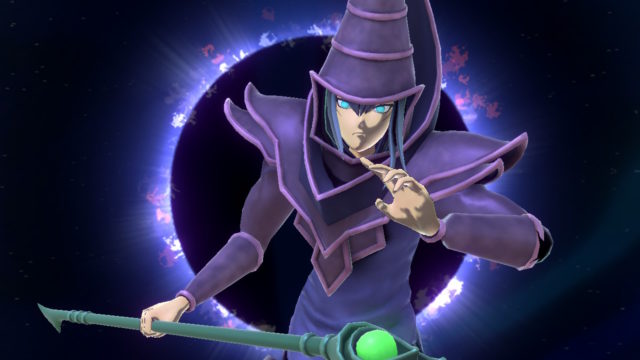 The framerate is a bit staggered when you run around NPC-filled areas, but otherwise, the visuals are alright. The summoning animations are quite good for ace monsters, and I like that pictures of monsters float over the cards as you duel. Your avatar’s design fits right into the world of Rush Duel, without looking too outlandish. The voice acting is also well-done, and offers a pleasant first look at how these characters sound in English.

The Final Word
Yu-Gi-Oh! Rush Duel: Dawn of the Battle Royale!! is a fresh and fun Yu-Gi-Oh! game that mixes up the common formula to provide players with an exciting introduction to Rush Duels. There are a few weird decisions in the game, but these are made up for by how awesome Rush Duels are and by how much customization is provided to players in how they show off their cards. Here’s hoping this starts a wave of new Yu-Gi-Oh! RPGs!

MonsterVine Rating: 4 out of 5 – Good