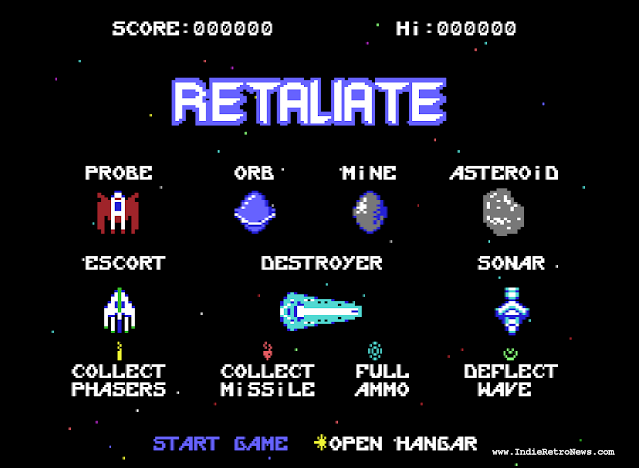 Even more retro games to get through even if it is New Years Eve, as we were recently contacted to let you know that Marcelo Cabral’s brand new remake called ‘Retaliate – Community Edition’ and ‘Retaliate DX’ has been released for the C64. For those who haven’t heard of this game before, this is a remake of the Roku shoot em up of the same name as one of the most successful games for that platform ,which is similar to Space Invaders, Galaxian and Galaga but instead features an unusual game mechanic.

Unlike the brilliant and very classic games that are well worth playing today, in Retaliate you start with no bullets at all, and the only way to survive is by using your shield to not only defend yourself from being destroyed in one hit, but the shield can also collect enemy bullets and be used to retaliate back against them. Just be aware however your shield isn’t an unlimited, because the more you use it, your energy will drop and need to be replenished…. So good luck!