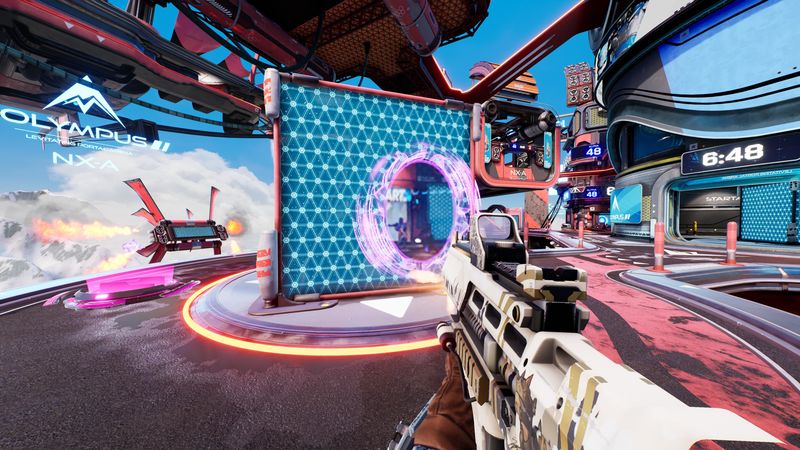 Portal and Halo inspired shooter Splitgate was a success right out of the gate, to put it simply. The game, which is currently in an indefinite beta phase, became so popular so quickly that developer 1047 Games was forced to delay its full release in order to make sure that it was capable of handling a mass influx of players without setting anything on fire. To end the year, the developer has shared stats that put Splitgate‘s popularity into perspective and reassure us that the game’s full release definitely needs more time, especially considering that its development team is still growing.

More than 15 million players have downloaded Splitgate since its beta went live on consoles. In the first half of 2021 alone, more than seven billion portals were opened and over 163 billion meters have been traveled through all the portals opened thus far. In a press release, 1047 Games gushed about this distance, pointing out that it’s the equivalent of three trips from Earth to Mars.

1047 Games has received $100 million in funding for Splitgate, part of which is being put towards hiring more staff members. The fully remote team has already nabbed developers from companies like Electronic Arts, Tencent, Riot, and 343 Studios.

“We’ll have a lot to share in 2022 for Splitgate,” the studio teased while promising “cool stuff” coming in January.