Home » Now Out of Early Access, Beacon is an Action Roguelite Worth Jumping Into

Now Out of Early Access, Beacon is an Action Roguelite Worth Jumping Into 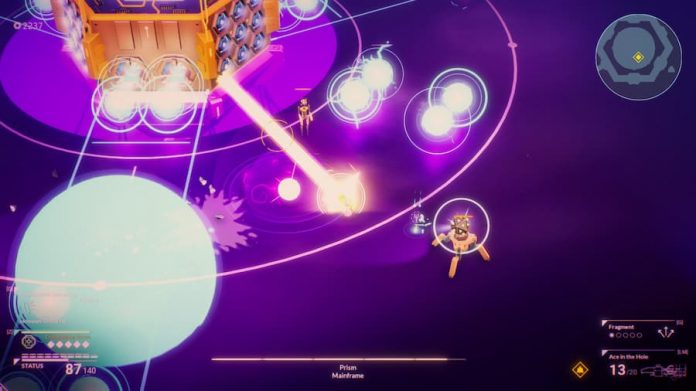 Beacon has been available in Early Access since 2019, but as of this week it’s out in full.

Described as a ‘sci-fi action roguelite’, Beacon is set on an unknown planet, with your protagonist on a search for her distress beacon. Will she find it before she dies? Who knows; this is a roguelite after all. The chances are you’ll die numerous times before being successful. But not to worry – death is never the end. It’s simply another opportunity to scavenge for useful gear, and gain better stats.

There are some intriguing mechanics here. Rather than simply upgrading your character, you can modify her genomes. As you play, you’ll find new modifiers; the best offer only improvements. Others may upgrade one stat while lowering another. Choosing the best mods to apply, then, requires a bit of strategy. And be warned: any DNA modification has the chance to mutate, affecting your character even further.

The real draw of Beacon, though, is just how satisfying moving through its world is. Each level you find yourself in – randomly-generated, of course, so you’ll never find yourself in the same location twice – is sprawling, offering multiple paths to explore. You’ll use giant bouncing platforms to move from one area to the next, or jump inside a massive flower to be fired off to a new floating island. There are lifts to take you up higher; caverns to wander into. You’re never quite sure what’s going to be waiting for you – but the chances are it’s going to include loot and enemies.

There’s a nice range of enemies to be encountered, and battling them means engaging with an enjoyable twin-stick mechanic. You’ll start out with a basic gun, but within minutes of any run you’ll find something better; grenade launchers, flare guns, LMGs. You can switch between a couple of guns but you’ll have to weigh up what works best for you. Anything that doesn’t fit into your inventory you’ll have to leave behind. Along with your main weapons, you’ll also have a range of throwables – helpful for crowd control and breaking through barriers that may be blocking your progression.

We’ve only scratched the surface of what Beacon has to offer, but we’ve been pleasantly surprised. If you enjoy twin-stick shooter action, like exploring well-crafted alien lands, and thrive on the thrill of a roguelike, it’s worth checking out.

Beacon is available now on PC.