My favourite 2021 games played on Linux


Here we are, the year is ending so here’s a few of what I consider to be my favourite games played on Linux that had a release during 2021.

As always, these are highly personal and are only based on what I actually played. There’s masses in my backlog I haven’t yet, that I will likely kick myself during 2022 for not getting around to earlier. The trouble is also, that most of my favourites were released back in 2020 and earlier – because newer simply isn’t always better! So many games had huge upgrades across 2021 too that sucked me back in. However, these are my personal standouts.

I had to include this, to not do so would be a big fat lie. Valheim is absolute magic from such a small team and absolutely absorbed me for a great many hours. I woke up wanting to play it and went to bed thinking about what I would be building next or what I would discover next. Valheim is a great example of how games don’t need to have next-gen AAA ray-tracing realism. 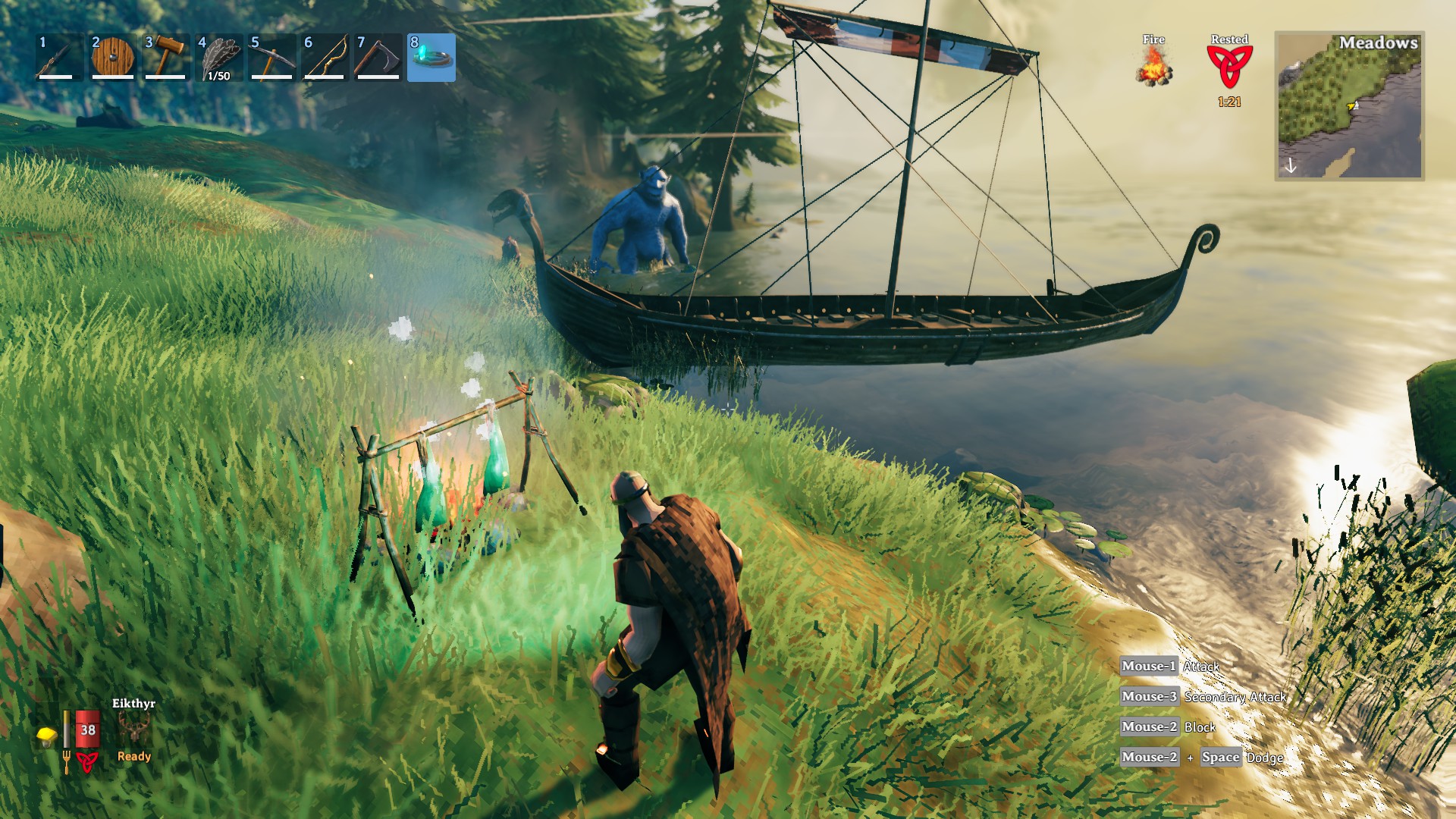 Playing Valheim was truly a breath of fresh air. Such a sense of freedom, with no real goals to achieve outside of taking down bosses. While you do progress towards that as you go, it doesn’t feel like it ever pushes you to do so. It doesn’t really push you towards anything and that’s why I like it so much. The scale of it is impressive too and I truly cannot wait to see more from it. For a year that in many ways offered so little fun, Valheim was a needed break.

The co-op aspect of it too is excellent. While you can play it alone, and I’ve done plenty of that, sailing around with friends in a big boat is an absolute blast. Just watch out for those dastardly Deathsquitos, they’ll get ya.

Also, the Swamp is thoroughly spooky at night. 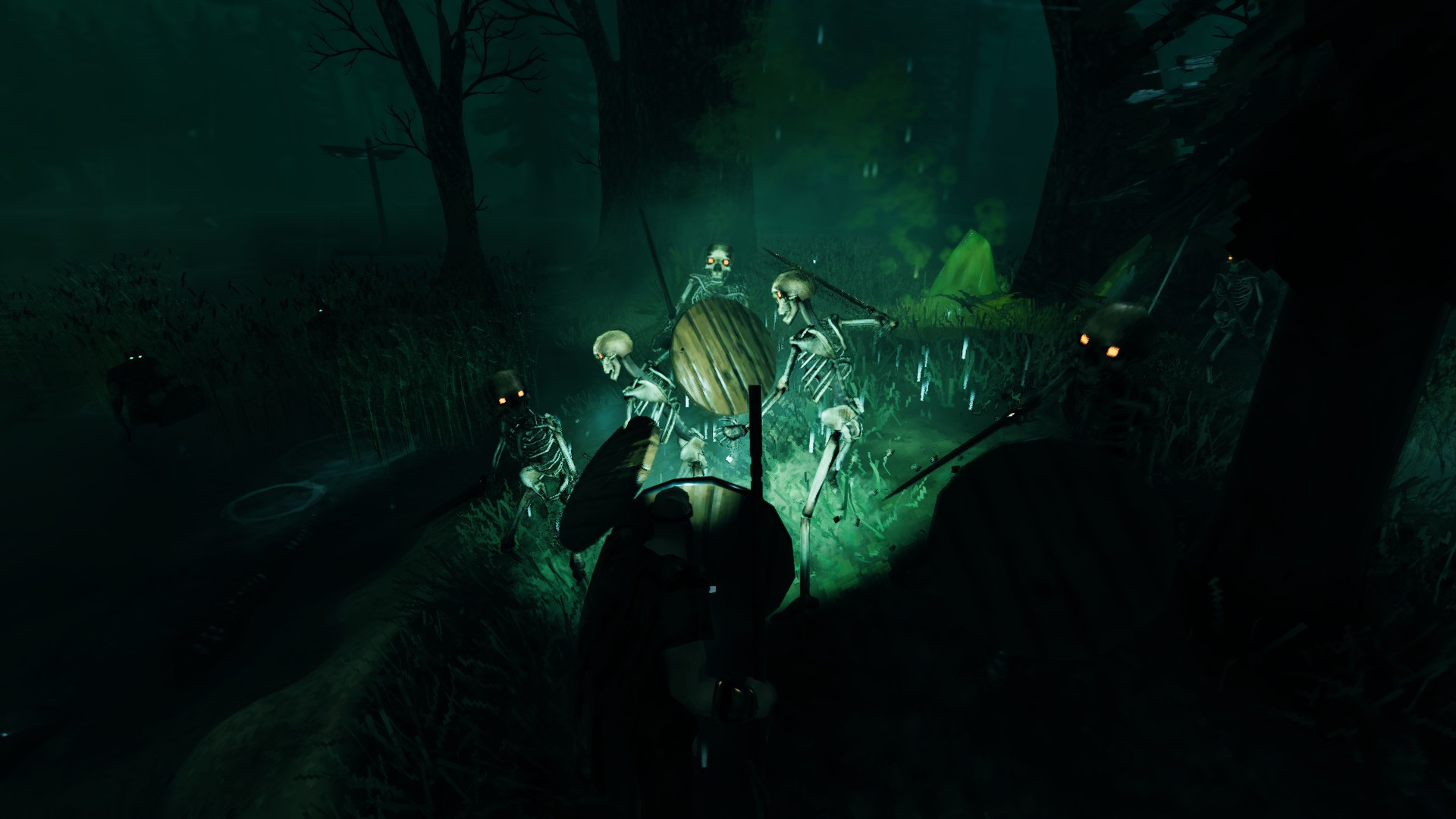 Valheim is available to buy on Humble Store or Steam. Linux native.

Even the demo of Loop Hero had me totally hooked on it. It really doesn’t look like much at all and the pixel-art isn’t even especially great on it but it does still look good enough. The pull though is quite literally – the loop. A game that requires you to do the same thing over and over again to progress in it, which might sound a little boring but it’s so finely-tuned to get you to keep doing it. What’s really going on? You want to find out. 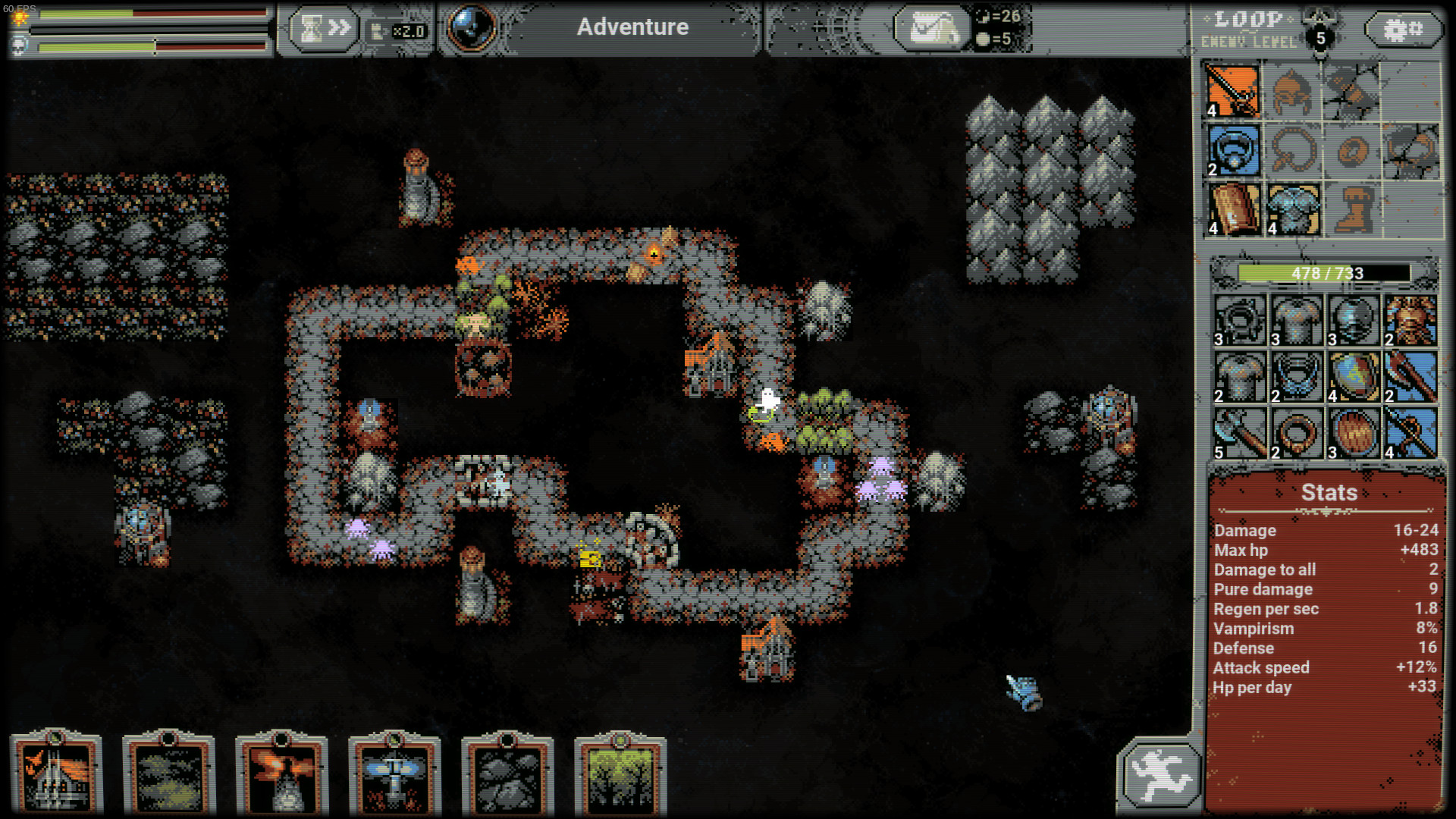 Build up a deck of cards that you place down to change the world, while your little hero travels around a loop battling creatures and collecting equipment. It’s weirdly intoxicating. Then there’s the parts outside of the loop, where you build up a little village and unlock more of the game from cards to characters. Then you realised there’s lots of secrets to find and — it just keeps looping in your mind.

You can buy Loop Hero on GOG.com and Steam. Linux native.

Honestly I end up burning out pretty quickly on games that need you to keep building up and micro-manage business stuff but Voxel Tycoon is something that feels a bit special. In some ways, it feels like a next generation of Transport Tycoon. Not quite hitting every mark on that just yet but the promise it showed right out of the game was remarkable. 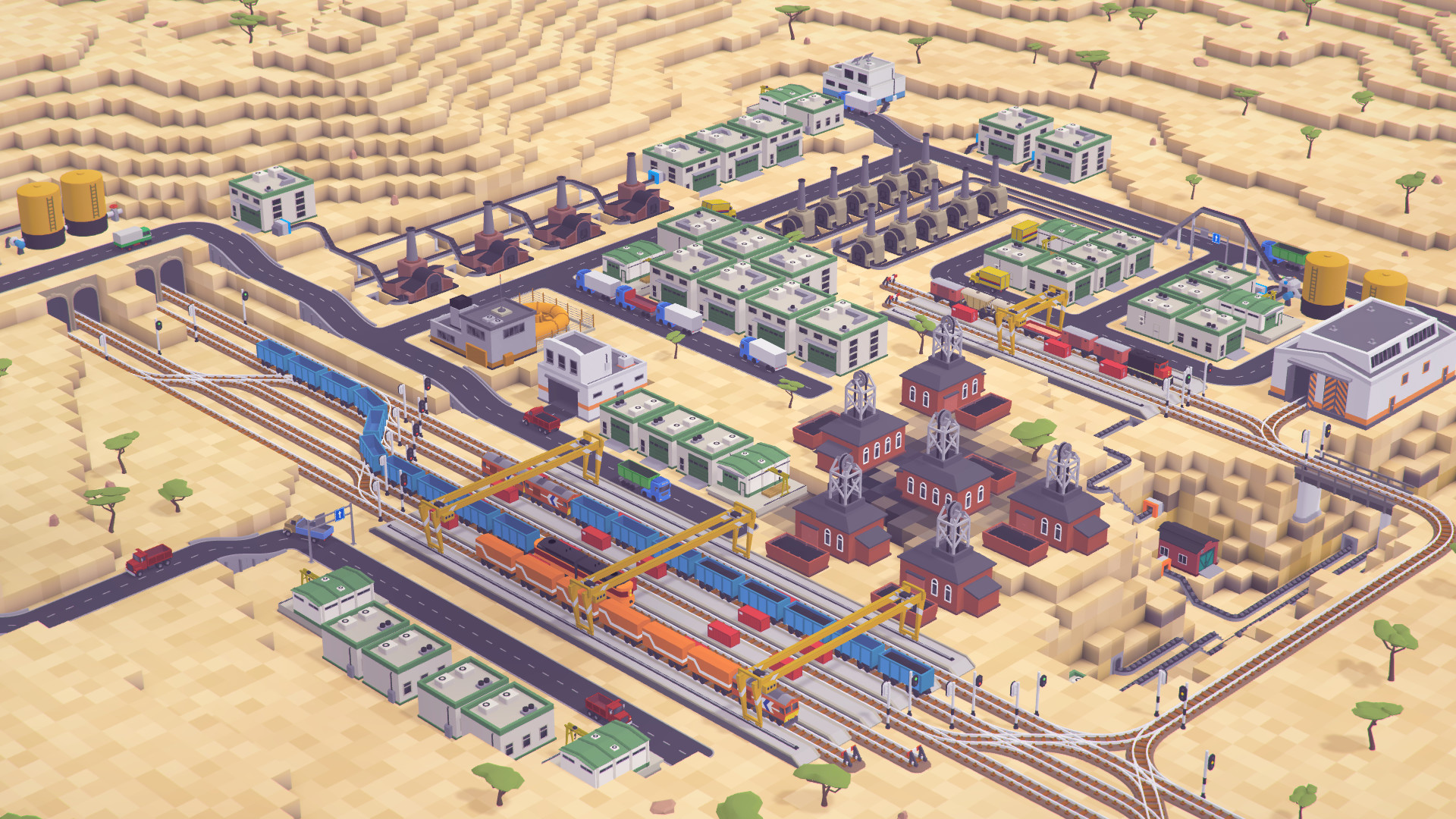 There’s a lot you can build in it already and the world can be huge, although to really hit the promise of the infinite world, it’s going to need plenty of optimizations.

You can buy Voxel Tycoon on Steam. Linux native.

Another game that’s very much like Loop Hero, with a supremely satisfying loop that makes you itch to come back for more. Catching me thoroughly by surprise with the weirdness, it’s a mixture of a dungeon crawler with an auto-battler where you build up a squad of completely ridiculous people from someone wielding Excalibur stuck in the stone to someone that looks like Dr. Otto Octavius from Spider Man, there’s a lot of very fun variety here. 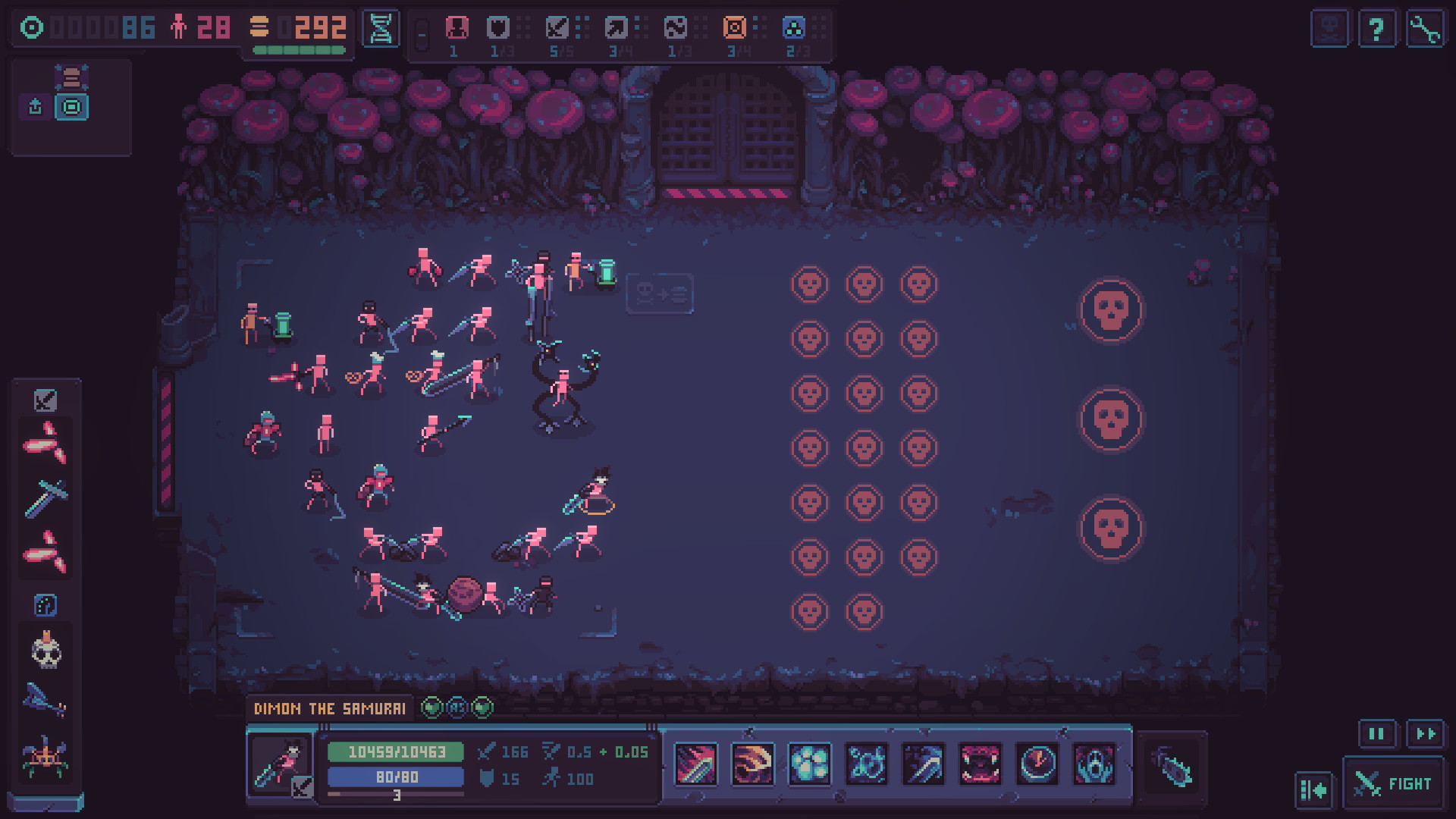 I imagine things are going to look very different by the end of 2022 and not because I’m expecting anything in particular in regards to new releases. With the Steam Deck approaching, which I am thoroughly excited for, I do honestly expect my gaming habits to change a little with it as it’s a device I can genuinely see myself using plenty. The amount of evenings I’ve wished for such a device to relax elsewhere with – what joy it will bring.

What did you enjoy the most for gaming on Linux during 2021? Let us know in the comments and perhaps a bored reader can find their next favourite.