Home » How to Build Your Own Deck Early in Yu-Gi-Oh! Rush Duel: Dawn of the Battle Royale!!

How to Build Your Own Deck Early in Yu-Gi-Oh! Rush Duel: Dawn of the Battle Royale!!


One of the most fun aspects of any card-based game is making your own unique deck. Winning with the cards that you like makes it feel like you’re winning as a result of your own wits and strategy, which is a glorious sensation. For this reason, it’s definitely strange that Yu-Gi-Oh! Rush Duel: Dawn of the Battle Royale!! doesn’t let you build your own deck until the end of the game. There is, however, a neat little trick that will let you build and use your own deck much earlier. It goes as follows: 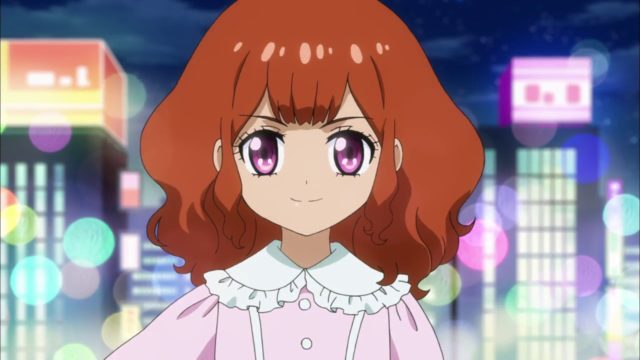 First off, you have to have defeated Number 6 (also called Mimi) in the park in order to do this. It’s pretty early on in the game that you battle her, and it’s not a particularly hard duel when you’re using Yuga’s starter deck.

Once you’ve done that, you can go to the map and return to your school. You want to go to the Goha 7th Elementary Student Council Room, which is the big room with two staircases and the upper floor. In one of the corners closest to the entrance you came in from, you’ll find the Rush Duel club door. 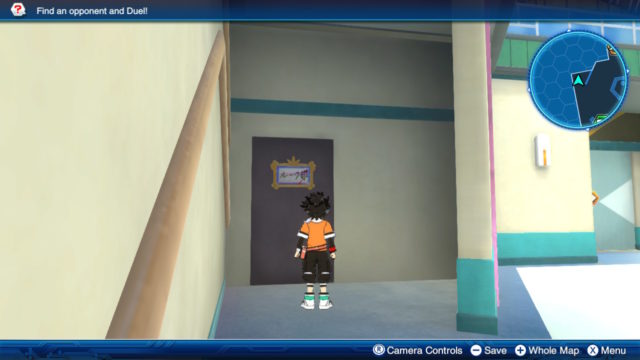 Position your avatar in front of the door. The exact placement is hard to describe, but you’ll know you’re in the right position pretty quickly. This is because you need to input the Konami Code here, and if you’re in the right spot, you’ll hear a tone play with each button press.

The code, for those who may not know, is ↑, ↑, ↓, ↓, ←, →, ←, →, B, A (up, up, down, down, left, right, left, right, B, A.) You perform this sequence in front of the door, and upon hearing the tones, you’ve unlocked the ability to make your own deck. Go into the deck section on the menu, and click “Create New Deck” to do just that. You’ll get a warning about how using your own deck is harder than using a recipe, but you can just click past it and get into deck-building. You’ll get some instructions on how to put a deck together, and some advice on the ratio of different monsters to spell and trap cards, then you’re dropped into the deck-building action. 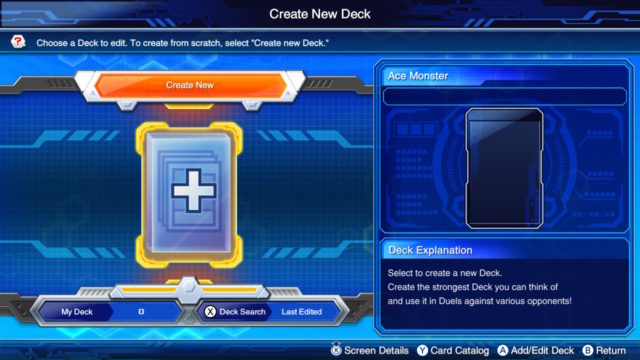 From there, you just craft your deck and go to town. Don’t forget to equip it so that you can choose it before a duel. Also worth noting is that the equip screen is where you change the deck box, playmat, and card sleeves, rather than on the Deck Building screen. Now you should be all set to take down some fools using your own deck. Leave a comment if you have any questions, and enjoy yourself as you fight your way to the top using your very own deck.