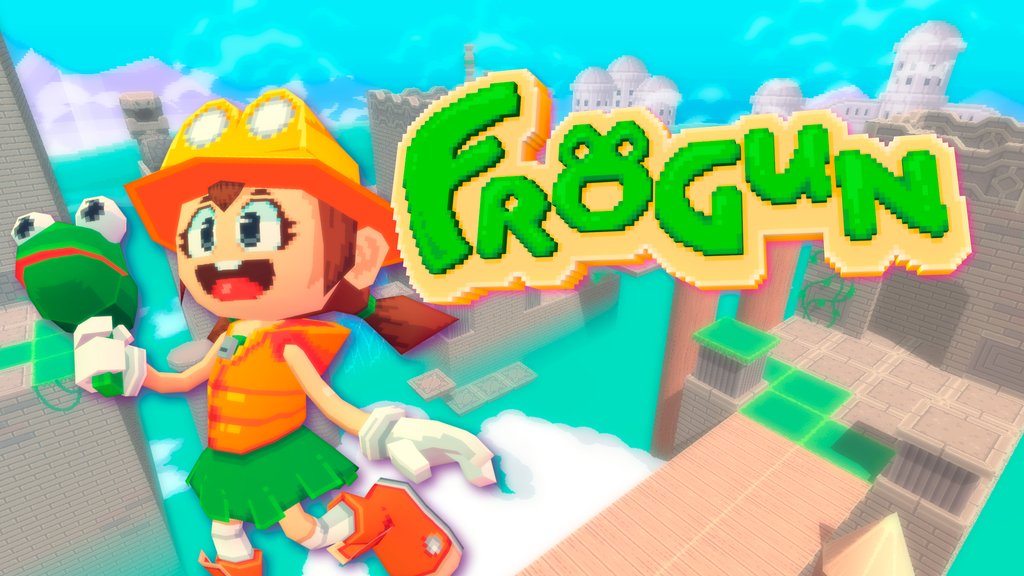 Frogun releases today on Switch eShop, and the first 13 minutes of the 3D platform adventure game are available for viewing.

Join Renata as she adventures across a world of mystical ruins with the titular FROGUN! Frogun is an old-school platformer with the soul of the retro era, in which your frog-shaped grappling hook is a your best friend!

Renata’s parents are world-renown explorers, archeologists and inventors that travel all over the world uncovering the secrets of the past, bringing her with them in their expeditions. However, in their latest adventure, they decide to leave her at the base camp – the Beelzebub ruins are said to be too dangerous!

For three whole days she waits, her pride hurt and bored out of her mind, until she realized: if they haven’t returned yet, something must have happened to them! In a hurry she grabs her parents’ last invention, the Frogun, and heads to the ruins to rescue them, and prove that she’s as capable as them!