Home » GameMaker Coaching Could Help You Make a Better Game

GameMaker Coaching Could Help You Make a Better Game 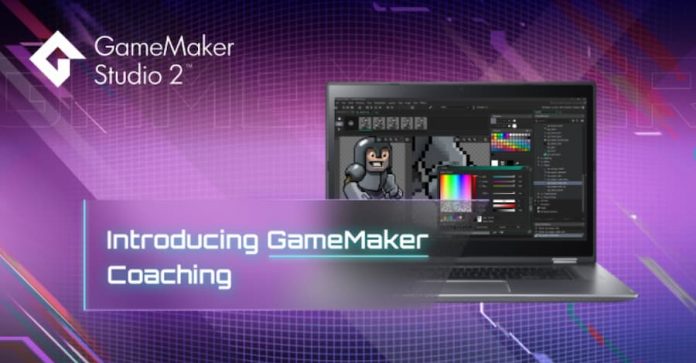 YoYo Games, the company behind GameMaker, are set to offer “GameMaker Coaching” a free learning programme to help you make better use of the program.

We’ve yet to make our own masterpiece with GameMaker, but it made our list of Top Ten Game Engines. It sports its own powerful language, GML and has been used to create a range of actual, commercial titles including Hyper-Light Drifter, Hotline Miami and, wait for it, Undertale.

Yes, that’s right, the game that turned Toby Fox into a household-ish name, along with its sequel, Deltarune, were produced in GameMaker. Yes, its heavily geared towards 2D games, but not all games need to let you shoot people in first person. And, thanks to the GameMaker Coaching programme, it should be even easier to come to grips with the tool.

Yes, the programme could conceivably be dire, with a virtual lecturer picking their nose while you type a massive, massive wall of text into one of GameMaker’s windows. But based on what we’ve seen so far, and the credentials of the people involved, we’re reasonably confident you won’t be bored to tears by Professor BogeyFlicker.

In particular, we’re happy to see Peter Morgan, aka Slyddar, involved. He puts out some excellent GameMaker tutorials, linked to one game or genre. For example, his current series is based around “Can We Make Gauntlet?”, which is easier to wrap your head around than just being taught isolated techniques.

So what’s the catch? None, as far as we can see. The program uses GameMaker Studio 2, the current iteration of GameMaker, which is free. YoYo Games does have an optional subscription service and, no doubt they’re hoping the programme will entice some people to sign up. YoYo are going to release monthly asset bundles, available to subscribers, though those won’t be required for GameMaker Coaching.

Aside from Morgan, a number of other teachers will be involved – Aaron Craig, Josia Roncanciom and Gurpreet Singh Matharoo will be lending their knowledge to the program. The program will be run throughout 2022 and be delivered through teaching videos, webinars, starting with “Introduction to GameMaker Language (GML)”, on 26th January 2022, 1pm PST / 9pm GMT, which you can sign up for here.

You can download GameMaker Studio 2 from YoYo Games website and, if you want to get an early start on GameMaker Coaching, dive into some of the already available tutorials.