Home » Final Fantasy 16 Release Date Delayed Half a Year. Everything We Know So Far

Final Fantasy 16 Release Date Delayed Half a Year. Everything We Know So Far


Home » News » Final Fantasy 16 Release Date Delayed Half a Year. Everything We Know So Far 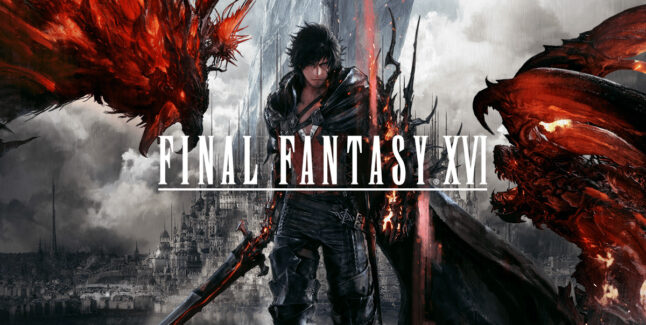 Final Fantasy 16 Producer Naoki Yoshida has announced on his Twitter account that Square Enix’s highly anticipated action-RPG sequel will be delayed by half a year due to COVID-19-related difficulties in having the game developed from the developer’s homes instead of at the office.

So thanks for that COVID, please leave us alone now. In all seriousness, Square Enix has yet to announce a release date — let alone release year — so fingers crossed that in Spring 2022 they’ll give us definitive answers (as promised below).

What is the new Final Fantasy 16 release date?

2023. In 2020 Bloomberg’s Jason Schreier’s rumors suggested that the game had already been in development for 4 years. As well as that the first next-gen Final Fantasy titles, since PS3, have taken around 6 years to develop. That would put the original Final Fantasy 16 release date on PS5 in late 2022, which has now been delayed by half a year into 2023. It’s just a guesstimate for those curious about it.

“When we last spoke, I promised I would have more information on Final Fantasy XVI sometime later in 2021. However, I regret to inform you that I will be unable to keep that promise as complications stemming from the ongoing COVID-19 pandemic have delayed the game’s development by almost a half year.

As the latest addition to the Final Fantasy series being developed for the PlayStation 5, Final Fantasy XVI has amassed a sizeable team composed of talented creators from around the world. However, in an effort to offset the effects of COVID-19, we’ve had to decentralize that workforce by permitting staff to tackle their assignments from home. This has unfortunately hampered communication from the Tokyo office, which, in turn, has led to delays in — or in extreme cases, cancellations of — asset deliveries from our outsource partners.

That said, we have spent much of 2021 addressing this issue, and hope to see its impact to a minimum by the new year, allowing us to better focus on the tasks at hand: increasing graphic resource quality, refining combat mechanics, fleshing out individual battles, putting the finishing touches on cutscenes, and conducting overall graphical optimization. Our primary goal now is to be as hands on with the game as possible in order to see it fully polished.

So that leaves us with the question, when can we expect the next round of information? Well, I am happy to announce the current plan is to conduct our next big reveal in spring of 2022 as we seek to build excitement leading up to the game’s eventual release.

I deeply apologize to all those who have been looking forward to learning more about Final Fantasy XVI, and thank you for your continued patience while we focus our combined efforts on development.

Watch the most recent Final Fantasy 16 gameplay trailer from E3 2021:

Watch the exciting teaser trailer for the newest title in the legendary Final Fantasy series. Final Fantasy XVI is the next all-new standalone single player action-RPG from Square Enix, coming to PlayStation 5.

Final Fantasy 16 What We Know So Far

Final Fantasy XVI is coming to PS5. We can expect new info on Square Enix’s epic JRPG in Spring 2022, so while we wait for that PlayStation Access rounded up everything we know so far on the game.

FINAL FANTASY XVI producer (that’s right, just producer) Naoki Yoshida here. How did you enjoy the trailer? The exclusive footage, comprised of both battles and cutscenes running in real-time, represents but a fraction of what our team has accomplished since the start of development on this, an all-new FINAL FANTASY game. In that span, the team’s size has grown from a handful of core members to a full-fledged unit that continues to polish and build upon what they have created so far, all to provide players an experience unmatched in terms of story and gameplay.

Our next big information reveal is scheduled for 2021, so in the meantime, I expect everyone to have fun speculating, as we have a lot in store—not only for FINAL FANTASY XVI, but for FINAL FANTASY XIV, too. Needless to say, I’ll be working hard on both!

When FINAL FANTASY I was released, I was just another player?a young student with big dreams. By the time FINAL FANTASY V was in the works, I had earned myself a seat at the developers’ table… albeit at the very end. From there, I moved “online” leaving my mark on both FINAL FANTASY XI and XIV.

From the establishment of an all new development environment, to learning the ins-and-outs of the PS5, the team and I have taken on countless challenges during our journey to bring you the sixteenth chapter in the storied FINAL FANTASY franchise. And though we’re pouring our hearts and souls into this project each and every day, it may still be some time before we can get it into your hands. However, I promise it will be worth the wait!

Take a look at all Final Fantasy 16 screenshots revealed so far:

Square Enix’s artwork has been put out as well:

Are you looking forward to seeing more of Final Fantasy 16?