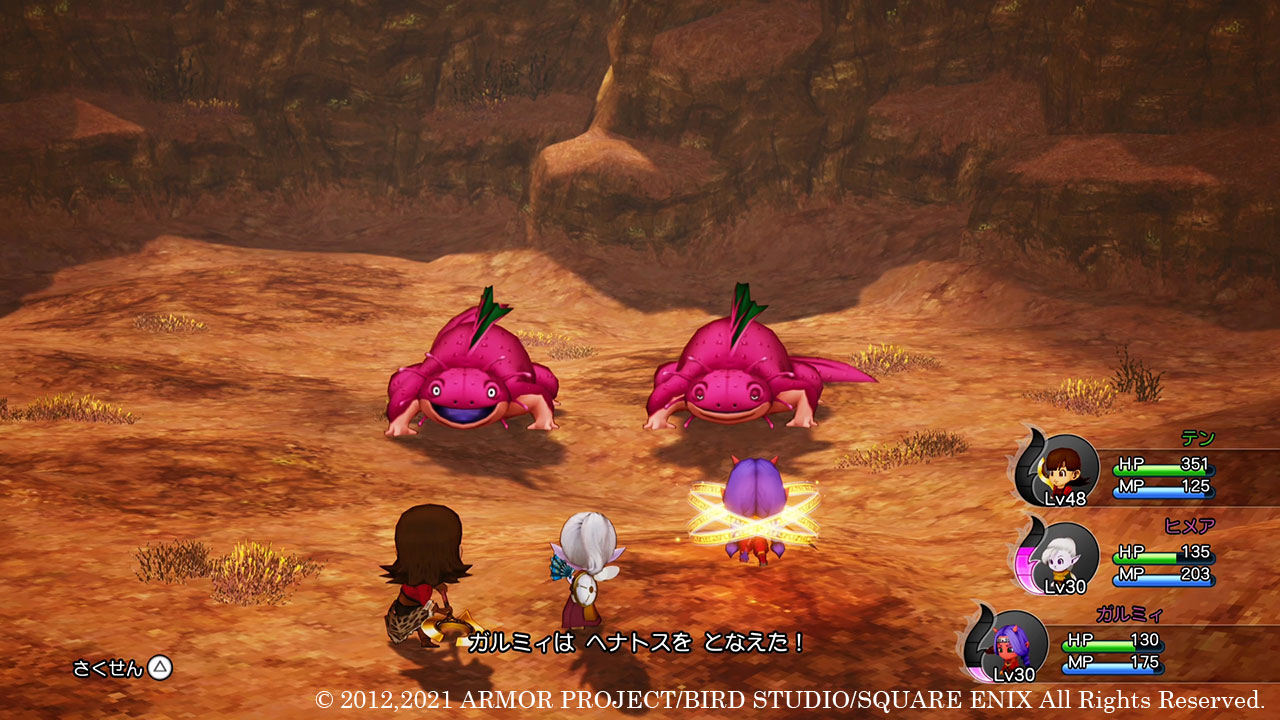 A new batch of details and screenshots are in for Dragon Quest X Offline, which focus on guest characters, original episode, and the Spell of Restoration.

– Original episode to be included not depicted in the story of Dragon Quest X Online, which includes a new character
– Takes place in the Ogreed continent of the past
– Joined by a younger Himea and new character Garmy as guests, the protagonist and Elge go on an adventure in the world of the past
– A conversation scene between Elge and Himea will provide a deeper understanding of their inmost thoughts

The Characters You Will Meet in the Ogreed of the Past

– Elge: son of the “Purification Shipwright” that makes boats headed for the land of the Dark Lord; 10 years old, but is determined to start his journey as successor to the “Art of the Purification Ship”
– Himea: only daughter of Yakul, the leader of the Elves 500 years ago; interested in a future where children take the lead and come together, and decides to join Elge on his journey
– Garmy: new character; daughter of Gamilgo, the leader of the Ogres 500 years ago; fully believes in the strict teachings of her father and hates humans

– In Dragon Quest X Offline, a new quest will tell the story of Fifi, a genius girl said to be a candidate for the future of the Purification Shipwright
– It is an episode packed with highlights, including interactions between Fifi and her party
– In the face of harsh reality, self-proclaimed genius Fifi begins to lose motivation as a candidate for the Purification Shipwright…

Hit up the gallery below for a closer look at guest characters, original episode, and the Spell of Restoration in Dragon Quest X Offline.

Dragon Quest X: Rise of the Five Tribes Offline was previously planned for February 26, 2022 in Japan. However, it was recently delayed and will make its way to Switch next summer.