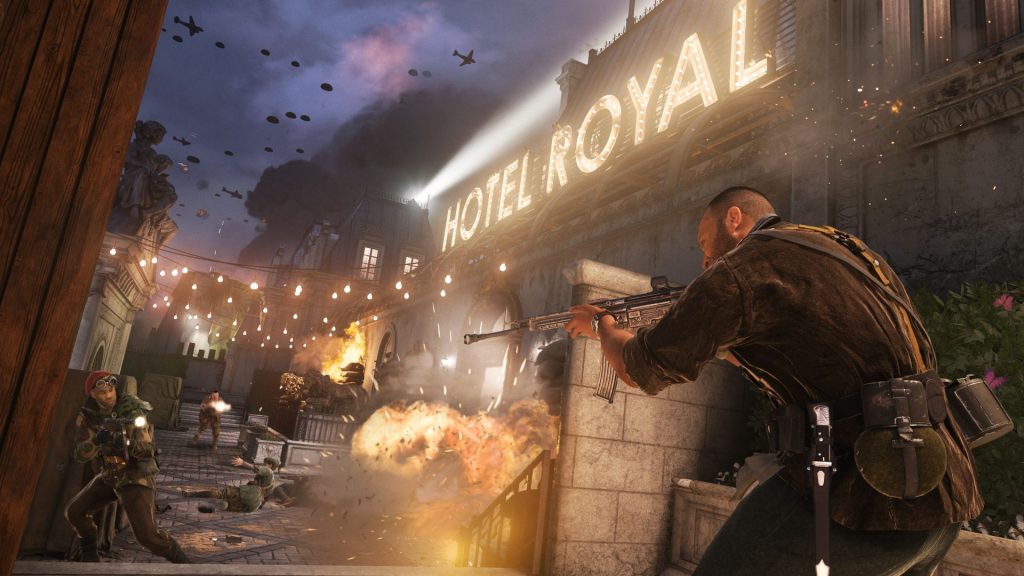 Activision has dropped more information related to Call of Duty: Vanguard and Call of Duty: Warzone ahead of their mid-season update, and this time it seems the first-person shooters might be getting a surprising crossover.

As previously leaked, it’s now been officially confirmed that the mid-season update for the game will be adding in an Attack on Titan crossover, to accompany the popular anime getting its final season.

Players will be able to equip their characters with themed items and make them become survey corp members with the help of Tracer Pack: Attack on Titan — Levi Edition Bundle. The bundle also features a Titan Piercer weapon blueprint and a Legendary Steel Cut finisher.

The Levi bundle is one of the few instances where Activision has partnered up with pop-culture media to have crossover for Call of Duty of late, just like the 80s’ Action Hero bundle for Call of Duty: Black Ops Cold War, Call of Duty: Warzone, and Call of Duty Mobile last year, where they added John Rambo and John McClane in-game.

To read more about the upcoming bundle in detail, head on to the official Call of Duty website.

See what’s in the Attack on Titan – Levi Edition Bundle and learn about other updates coming to #Vanguard and #Warzone here: https://t.co/p6zTG1PGFy pic.twitter.com/higMVvt1EF