RAM or Random Access Memory is now a staple component in our daily lives. We have it on our phones, computers, tablets, and TVs, among many other smart devices. Did you know that the first space shuttle only used 1 MB of RAM? Nowadays, most mobile phones come with at least 4 GB of RAM, while Desktops come with around 8 GB.

We’ve definitely come a long way. The size of your RAM determines how many processes it can store and work on, while the speed determines the rate at which the data can be read. Although both of these aspects are important when choosing your RAM, today, we’re only going to be talking about the speed.

Modern desktops and laptops currently use DDR4 RAM modules. The minimum speed of these modules should be 2133 MHz, while the fastest have insane speeds like HyperX’s 5333 MHz RAM.

However, these insane 5333 MHz speeds aren’t exactly widespread yet. Most people usually max out at either 3200 MHz or 3600 MHz. Now, we’ll be talking about the differences and advantages of having a 3200 MHz vs. 3600 MHz RAM kit.

First of all, let’s get the obvious differences out of the way. In general, a 3600 MHz kit will be faster and more expensive than a 3200 MHz kit. Most cheaper RAMs have slower speeds than the more expensive RAM sticks. It’s just how it is.

It’s no surprise that the RAM with a faster speed is more expensive. If you’re simply looking for what’s cheaper, then by all means, just go with 3200 MHz RAM. Heck, you can even just buy a standard 2400 MHz kit if you’re looking for something cheap.

Aside from price and speed, there are still a few key differences between a 3200 MHz RAM stick and a 3600 MHz RAM stick. We’ll discuss each one below.

CAS latency or Column Access Strobe latency tells us how many clock cycles it takes for that specific RAM module to access a specific set of data and feed it to the processor. In other words, it’s how long that RAM module can give your CPU the data that it’s asking for.

This is why CAS latency alone isn’t enough to tell which speed is better.

Another important factor to consider is the maximum memory capacity of each module. I’d take 16 GBs of 3200 MHz RAM over an 8 GB kit of 3600 MHz RAM any day. Nowadays, the recommended minimum is around 16 GB for desktops, but you can probably get away with 8 GB for budget builds.

High-end builds usually end up having 32 GB of RAM, with anything beyond that usually reserved for specific use cases such as content creating, design software, and others.

Luckily, both 3200 MHz and 3600 MHz RAM modules support up to 64 GB of data. If you’re simply looking for sheer size, then they’re equally matched.

Nowadays, most decent hardware can support high clock speed RAM kits. Both Intel and AMD make compatible processors that can take advantage of higher clock speeds. It all boils down to the maximum RAM speeds that your processor and motherboard can support. So make sure to do your research before spending a lot of money on any high-speed RAM kit.

Usually, high-speed RAM benefits AMD users more than Intel users. This is because of the Infinity Architecture found in AMD chips. You can usually see more gains in daily use, such as higher FPS and a smoother experience overall.

However, Intel still supports high-speed RAM, and there are still some benefits that you can gain from it.

Like we’ve mentioned above. Generally, 3600 MHz RAM kits are more expensive than 3200 MHz RAM kits. But, there are obviously other factors such as CAS latency, brand, the store you’re buying from, and sales that can affect prices as well.

So, if you’re looking for more variations, a wider availability, and a usually cheaper price, then 3200 MHz RAM kits are perfect for you. However, if you prefer sheer speed and performance, try your luck finding a great 3600 MHz RAM kit.

If they’re of the same capacity at a negligible price difference, then a 3600 MHz kit is just going to be better. Honestly, you should just take whichever is cheaper and is available in a look that you like.

At the end of the day, if you aren’t a hardcore user or an enthusiast, the 3200 MHz RAM kit will be more than enough for your daily needs. It’s cheaper and more widely available. You’re probably better off taking that extra money and spending it elsewhere in your PC build. 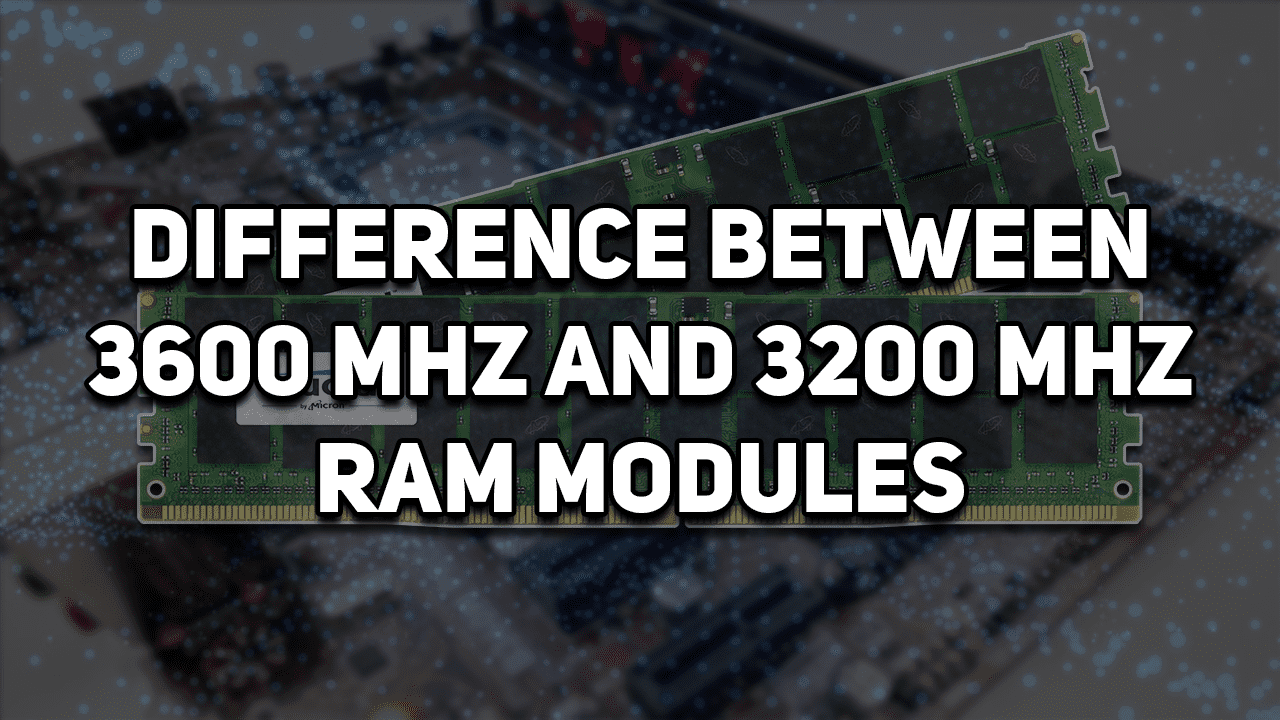