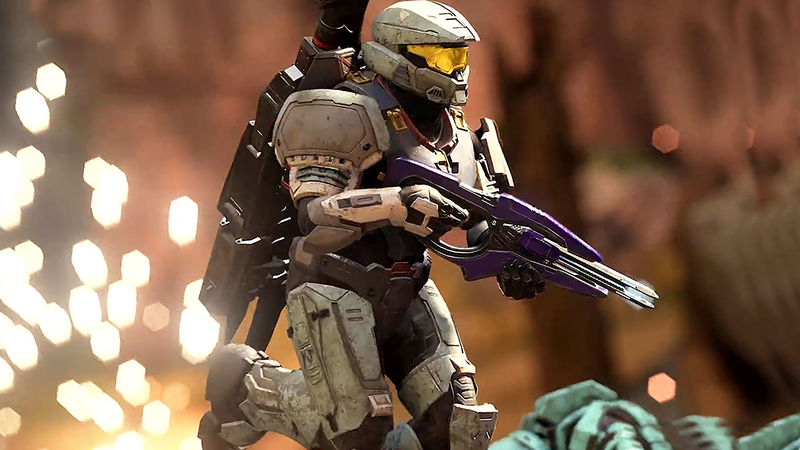 343 Industries released the beta of Halo Infinite’s multiplayer during the Xbox 20th anniversary celebrations, and fans are already making great plays. One Halo player even took out a Wasp with a perfectly time power cell throw.

After unloading a clip into the sky without hitting the enemy Wasp, as if they were impacted by the Halo Infinite aim assist bug, R1g0r_m0rt1z propelled themselves into the sky using a Jump Pad immediately after grabbing a nearby Power Cell. Readying the Halo Infinite Power Cell for launch, R1g0r_m0rt1z focused their throw on the airborne Wasp while soaring through the sky. Upon reaching a greater height in the sky than the enemy teams’ Wasp, R1g0r_m0rt1z threw the Power Cell with great force at the flying Wasp.

Around the same time that R1g0r_m0rt1z prepared the Power Cell to be thrown, the voice-over stated another play someone made was terrifying to watch. Although the subtitles suggest that this was resulting from a Halo Infinite accolade, it seemingly also telegraphed R1g0r_m0rt1z’s Power Cell throw. R1g0r_m0rt1z passively reacted to their successful throws by shaking their camera after the explosion, which was a celebrated expression with the Reddit community.

Halo Infinite releases for PC, Xbox One, and Xbox Series X/S on December 8.